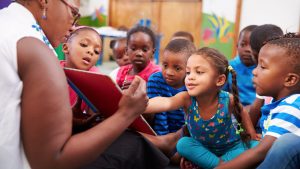 Most public schools in Massachusetts don’t screen students for dyslexia. Instead, they wait for students to show signs of trouble with reading and writing.

It forces some parents to choose expensive private schools to help their children.

You say screening should be done widely, are you saying that all young kids should be screened for dyslexia?

“Exactly. There is currently some legislation attempts on Beacon Hill and we hope that this will go through, which would allow for mandatory screening for all incoming kindergartners in Massachusetts. Some states already have that in place.

“People should think about shifting resources from the third and fourth grade to the kindergarten age.”

What should parents be looking for as symptoms?

“I always recommend that the absolute cheapest and easiest screener in a school district, would be to ask parents whether there is a familial risk for dyslexia or reading impairment in the family. So, if you have an older sibling or a parent with a diagnosis of dyslexia, you have a 50 percent chance of also developing dyslexia yourself.

For more information and resources on dyslexia: The Gaab Lab, Decoding Dyslexia, and the International Dyslexia Association.

Get in touch for more information about EarlyBird today!